The Federal Republic of Nigeria, commonly known as Nigeria, consists of 36 states + the Federal Capital Territory. It is often referred to as The Giant of Africa, due to its combination of big population and big economy. Nigeria is also very rich in natural resources.

Nigeria has officially declared itself a secular country. Many Nigerians are religious, but there is no state religion. The two largest religious groups by far are Christians (the major religion in the south) and Muslims (the major religion to the north). Only a fairly small minority of Nigerians self-identify as belonging to any of the indigenous religions.

Over 250 recognized ethnic groups are present in Nigeria, of which the three largest ones are Hausa, Igbo and Yoruba.

Nigeria borders to Benin in the west, Niger in the north, Chad in the north-east, and Cameroon in the south-east. To the south, it has a coast on the Gulf of Guinea (which is a part of the Atlantic). 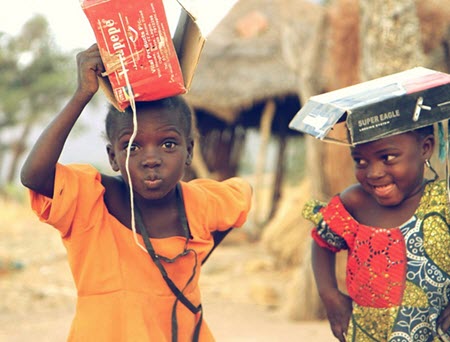 When British colonial rule commenced here in the 1800s, the British chiefly ruled indirectly through the local chiefdoms. Various indigenous kingdoms and states have existed here for at least a thousand years.

Nigeria achieved independence from the British in 1960, and went through a civil war in 1967-1970. After the war, it oscillated between democracy and military dictatorships. Since 1999, it has been a democracy. The 2011 presidential election was the first one deemed reasonably free and fair by international organisations.

Nigeria is a part of the Commonwealth of Nations.

Nigeria is an emerging market with an abundant supply of natural resources and with well-developed communications and transport sectors. The Nigerian Stock Exchange is the second-largest in Africa. The World Bank classifies Nigeria as a lower middle income country, and in 2011, Citigroup projected that Nigeria would have the world’s highest average GDP growth in 2010-2050.

The restoration of democracy after years of military rule, and the implementation of economic reforms, has helped put Nigeria on a positive track in the 21st century. In 2014, it passed South Africa and became the largest economy in all of Africa.

During the oil boom of the 1970s, Nigeria accumulated significant foreign debt, which became difficult to manage as oil prices fell during the 1980s oil glut. In 2005, the Paris Club creditors reached an agreement with Nigeria where Nigeria repurchased its debt at a discount of roughly 60%. Nigeria then used oil profits to make payments on the remaining debt, freeing up at least $1.15 billion annually for national reforms. By April 2006, Nigeria made history by becoming the first African country to completely pay off its debt to the Paris Club.

Petroleum accounts for about 40% of the country’s GDP and 80% of Government earnings.

Agitation for better resource control in the Niger Delta is preventing Nigeria from exporting at 100% capacity. In the 21st century, most of the international oil-extracting companies in Nigeria have started to divest their interests due to a range of issues, including oil-theft. In 2014, Shell Oil announced that they were finalising their interests in four Nigerian oil fields.

The largest portion of official remittance is sent from the United States, followed by the United Kingdom, Italy, Canada, Spain, and France.

The main remittance-source in Asia is China.

Data from 2010 shows that at that point, about 30% of the Nigerian labour force was employed in the agricultural sector.

Cocoa is the leading non-oil foreign exchange earner for Nigeria, with rubber being the second-largest one.

The telecommunications market in Nigeria has exhibited a very fast growth rate in recent years.

Nigeria has a highly developed financial services sector, consisting of a mix of Nigerian and multinational corporations.

The manufacturing sector of the economy is dominated by leather, textiles, auto manufacturing, plastics, and processed food. The city of Ogun is an important industrial hub, followed by Lagos.

The mining industry in Nigeria is comparatively small and under-developed, despite there being huge deposits of desirable minerals present.

Economic relationship with the United States

Nigeria is the United States main trading partner in sub-Sahara. Of all the countries world-wide that have a trade surplus with the United States, Nigeria is on the top-10 list, meaning that they export much more to the U.S. than what they import from the U.S.

The United States is also the largest foreign investor in Nigeria.

Examples of international organisations where Nigeria is a member