Senegal borders Mauritania in the north, Mali in the east, and both Guinea and Guinea-Bissau to the south. The very narrow country The Gambia occupies a sliver of land along the banks of the Gambia River, which makes The Gambia completely surrounded by Senegal except for The Gambia’s short coastline on Atlantic Ocean. Thus, The Gambia bisects Senegal in the west (but not in the east), separating Senegal’s north-west from the south-west. The part of Senegal located south of The Gambia is named Casamance.

How large is Senegal?

How many people live in Senegal? 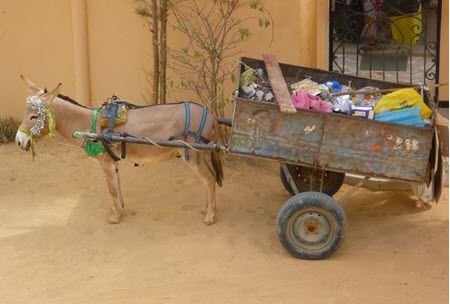 Examples of notable industries in Senegal

Senegal has a 12-nautical-mile (22 km) exclusive fishing zone along its coast, but this zone is commonly invaded by foreign fishing trawlers that fish there illegally. The government has tried to curb this practice, and did for instance seize the Russian-registered trawler Oleg Naydenov in early 2014. Yet, it is estimated that around 300,000 tonnes of fish is removed illegally from these waters by foreign trawlers each year, causing damage to the Senegalese fishing industry.

In the mid-1990s, improved Internet connectivity caused a mini-boom in information technology-based services in Senegal.

Senegal is a major recipient of foreign development assistance. Examples of notable donor countries are the United States, Japan, France, and China.

The economic reform of the 1990s

After an economic contraction in 1993, Senegal embarked on a major economic reform program with support from international donors. Key components were currency devaluation, dismantling of subsidies and dismantling of governmental price controls. The reform program was followed by decreased inflation and increased investments, and in the period 1995 – 2001, the GDP rose by roughly 5% per year.