With its 56,785 km2, the Togolese Republic, commonly referred to as Togo, is one of the smallest countries in Africa. It borders Ghana to the west, Burkina Faso to the north, and Benin to the east. In the south, it has a coast on the Gulf of Guinea (which is a part of the Atlantic).

At the 2010 census, the population amounted to slightly more than 6,3 million. According to an estimate for the year 2017, the population is now rapidly approaching 8 million.

Togo achieved independence from France in 1960. From 1967 it was a (anti-communist) single-party state ruled by Gnassignbé Eyadéma. Multiparty elections started in 1993, with Eyadém being re-elected three times. After his death in 2005, his son Faure Gnassingbé was installed and eventually elected president. He was then re-elected in 2010 and in 2015. All presidential elections in Togo has been criticized by international organisations for their non-transparency.

The official language in Togo is French. Numerous indigenous languages are spoken, including several belonging to the Gbe language family.

Phosphate mining has help Togo boost their GDP and standard of living, but also made the economy sensitive to fluctuations in the world market price for phosphates. There is also a well-developed agricultural export sector, especially for coffee, cocoa, peanuts and cotton. In addition to mining and agriculture, the textile industry and brewery industry are important for the Togo economy.

Only about a third of the electricity consumed in Togo is produced domestically; the rest is imported from Ghana and Nigeria.

The volatile political situation and lack of transparent democracy is believed to have hampered economic developments ever since the 1960s. Togo is still listed as one of the least developed countries in the world, and governmental reform efforts – supported by the World Bank and IMF – have not been very efficient when it comes to making the economy more resilient and encourage foreign investment.

Since the regime largely depends on the armed forces to remain in power, a lot of state resources are utilized to fund these forces. 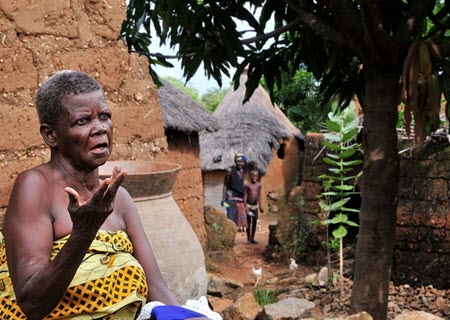 The economy of Togo is highly dependant on agriculture, and data from 2010 showed that nearly half of the labour force was employed in the agricultural sector.

The agricultural output could be significantly higher, and more reliable, if the farmers in Togo had better access to irrigation equipment and fertilizers. Despite these challenges, Togo is self-sufficient in food production, with large crops of of cassava, jasmine rice, corn, and millet being grown for local consumption.

Examples of important export crops are coffee beans, cocoa beans and peanuts, which combined generate roughly 30% of export earnings. Cotton is another important cash-crop and export crop for Togo.

In 2010, the mining sector in Togo employed roughly 12% of the labour force and generated one third of the GDP (which was significantly more than what the agricultural sector generated).

Togo has the fourth-largest known phosphate deposits in the world, and extracts over 2 million tons per year, but falling phosphate prices on the world market has had a negative impact on profitability of these endeavours.

Examples of important imports are machinery and equipment, petroleum products, and food.

As mentioned above, Togo needs to import a lot of electricity from its neighbours since the domestic production is not large enough to cover the needs.

The main exports are:

The major export partner for Togo is nearby Burkina Faso, which accounts for nearly 17% of exports. China, the Netherlands, Benin, and Mali are other examples of important markets for Togo exports.