The Republic of Cabo Verde is an island country consisting of 10 islands in the central Atlantic Ocean, roughly 570 km west off the coast of Northwest Africa. All the islands are of volcanic origin and their combined area is just a tad more than 4,000 square kilometres.

Cabo Verde is a part of the Macronesia ecoregion, which is an ecoregion to which the Azores, Madeira, the Canary Islands, and the Savage Isles also belong.

Cabo Verde was uninhabited until Portuguese explorers arrived in the 1400s. Soon, settlers from Portugal created one of the first European settlements in the tropics. Due to its location, Cabo Verde became an important port from the 1500s and onward, attracting explorers, missionaries, merchants, slave traders, privateers, pirates, and more. The cross-Atlantic slave trade became very important for the archipelago, and when this trade declined in the 1800s the economy of Cabo Verde declined as well, prompting large-scale emigration from the islands.

In 1951, Cape Verde was declared an overseas department of Portugal. Independence from Portugal was achieved in 1975.

In the fall of 1990, the one-party system that had ruled Cape Verde since independence was abolished, and the first multi-party elections were held in early 1991.

Today, Cape Verde is considered a stable democracy. It is a semi-presidential representative democratic republic where the president, who is head of state, is elected by popular vote for a 5-year term. International rankings tend to place Cape Verde among the most democratic nations in Africa. In the 2016 Democracy Index ranking, Cape Verde placed #23 of all the world’s countries. 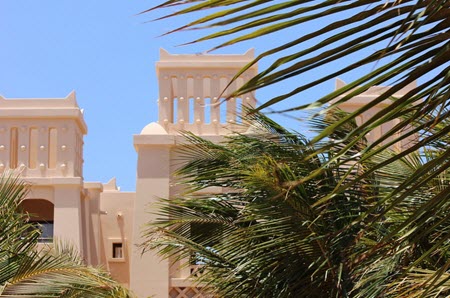 In 2013, the government of Cabo Verde announced that they wished the name Cabo Verde (Republic of Cabo Verde) to be used for all official purposes, even in English contexts.

With a notable scarcity of natural resources, Cabo Verde’s economy is mostly service-oriented, with over 70% of GDP coming from commerce, transport and public services. The Cape Verdean diaspora around the world is an important source of income, contributing an estimated 20% of GDP to the domestic economy through remittances. Light manufacturing, agriculture and fishing constitute most the remainder of GDP. Lately, there has been an increased focus on tourism and foreign investment.

In the period 2000-2009, real GDP increased on average by over seven percent a year. This was well above the average for the countries of Sub-Saharan Africa.

The country’s economic growth and general living standard improvements has garnered international recognition. Since 2007, it is classified by the United Nations as a developing nation and Middle Income Country (MIC) instead of being a Least Developed Country (LDC).

Since the first multi-party election, the governments of Cabo Verde has pursued market-oriented economic policies and been eager to attract foreign investments. Between 1994 and 2000, over $400 Gmillion in foreign investments were made or planned. Over half of the amount was for investments in tourism.

Even though more than one-third of Cabo Verde’s population live in rural areas, less than ten percent of the GDP come from agriculture and fishing. With the country being a semi-desert, only five of the ten islands support any significant agricultural production, and this production is not large enough to sustain the Cabo Verde population. Over 90% of all food consumed in the country is imported.

Fish and shellfish are plentiful around the islands, but is no large-scale export is taking place. Cold storage, fish processing and freezing facilities are found in Mindelo, Praia, and on Sal.

A number of wineries exist in Cabo Verde, but the export is very small. Since 2010, wine tours can be arranged through the official Cabo Verde tourism office.

The main mineral resources are salt, pozzolana and limestone. Pozzolana is a volcanic rock utilized for cement production.

There is also a major port in the capital city Praia on the island Santiago. In addition to São Vicente and Santiago, all the other islands have port facilities too, albeit smaller.

The Praia Technology Park, financed by the African Development Bank, was approved in 2013. It is a part of the Cabo Verde government’s plan to support the growth of industry niches such as software development, computer maintenance and back office operations.

Roughly 30% of the electricity used in Cabo Verde comes from wind turbines.

Cabo Verde has been a part of the World Trade Organization (WTO) since 2007.